You can also help support the growth and quality of content by the following:

Adopt the Cocoscope channel – To get early viewings of all the videos not yet released.

Visit Ye Olde Shoppe – Buy Merchandise and have it delivered directly to your door.

Become Patreon patron – Get exclusive content & behind the scenes info. 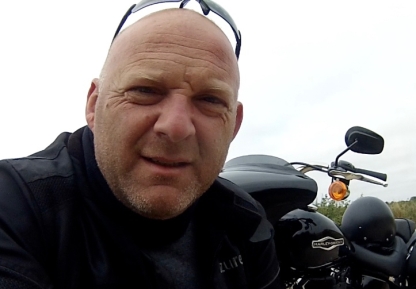 “When you can think of nothing else but writing…then you are a writer!” – Somebody said that!

As well as other life’s passions, writing has become one of my cornerstones which I turn to time and time again. It not only helps me communicate my thoughts but helps me to relate to the world in which I live.

Often limited to occupational themes in aviation, I started formulating ideas once in adult life, however writing in its simplest form was within me since as a child, either as poetry, lyrics or short stories.

Much of my early writing has disappeared as with the dust of passing time, however suffice to say most would be considered either educational or industry literature.

Multiple passions form other cornerstones…Motorcycling, Arts and Football. As a rider since a boy, and due to my experience in the emergency services dealing with motorcycling accidents, I founded and operated HELI BIKES – Motorcycle Safety Initiative   which was my focus for nearly 10yrs and which demanded seemingly mountains of original literature.
As a separate entity I founded and published a motorcycle magazine that fused safety & medical principles with motorcycling lifestyles. ‘The Lancelot’ had a short lifespan but was the impetus for the next publishing project.

I formed DURO RIDER Media which published online content and a motorcycle magazine; DURO RIDER Gazette. This project lasted for nearly four years and was a mixture of motorcycling lifestyles, arts and biking cultures. It became an all consuming affair in which I quickly morphed into the ‘everyman’ of the magazine; publisher, editor, writer, photographer and artist. The magazine was content driven and designed to break down barriers and convention whilst helping to promote artists and writers from the motorcycling world…it had limited success but was a project that I was most proud to be involved with.

After the magazine was wound down, I published a collected works and also a book of collected poems, some of which appeared in the publication and a photo book of a favourite city of mine; New York.

More recently I have returned to one of my original life passions; Football and especially West Ham United. I have written columns for various blog and media sites as well as producing video content and shows.

However, if I’m not writing or making football videos, then it’s more than likely I’ll be on my motorcycle…riding into the unknown and trying to make it out the other side in one piece. I am creating motorcycle content on a daily basis for my YouTube/RevelatorAlf  channel and Cocoscope/RevelatorAlf channel…and much of the content revolves around sharing my experiences and knowledge both riding on the road and on dirt trails on whichever bike I prefer for the task.

I am currently riding my treasured Harley Davidson Sport Glide and much of the content being produced revolves around the Harley brand and the Softail model series as well as specifically about the Sport Glide FLSB model, where I share tips and create discussion topics for anyone to join in.

There are new shows and series of videos being developed all the time as well as older playlists such as ‘Riding Times’ and ‘Biker’s Travelog’ in which I explore the back roads, dirt trails and unusual places…and of course I’ll be writing about it too on this blog.

The new videos and playlists are being developed daily which are mostly focused on riding Harley Davidsons and exploring this brand and lifestyle too, so if you’re interested in this kind of riding and would like to join in the discussion topics, then please check out and subscribe to the Youtube/Cocoscope channel or listen to the Podcasts.

Most recently I have started to produce exclusive content on my YouTube/RevelatorAlf channel aswell as on Cocoscope and on Patreon channels. Whilst still focussed on the motorcycling arena which includes on and off road riding themes, it is primarily a ride along with my biking interests and information that I wish to share with anyone of similar minds.

In addition I have also started to create podcasts on SoundCloud/RevelatorAlf which are also available on Spotify/RevelatorAlf and on iTunes/RevelatorAlf, as well as continue to write blog posts as often as possible.
This all takes a lot of creative time and is all available for free for the most part, so any support given to continue this process would be very much appreciated also.

I will be producing more literature this coming year and I have plans for more ebooks too, so please regularly check the Resources page and the Books & Media page for updates.